Whether you are a beginner web developer or a startup owner, choosing the right technology to start with would be your first concern. While technology selection plays a significant role in the life of a developer, for businesses, the overall web development and maintenance depends on it.

Thus, making a perfect language with reference to both current trends and future needs is critical. Currently, three programming languages for web development is the major point of interest among both developers and businesses: PHP VS Python VS Ruby.

Surely, if you have to decide one from PHP VS Python VS Ruby for your career or your application development, you would feel standing on a three-way road, nothing that is waiting at the end. So, to ease your hassle, in this article, I would provide an in-depth comparison into PHP VS Python VS Ruby. So, stay hooked with me till the end of this write-up.

When it comes to hire expert Python Developers, the biggest challenge is to find a dedicated skilled developer who won’t ruin your startup’s budget. Recruiters tend to spend weeks looking for the right dev. But, the truth is that often you cannot afford to wait.

PHP VS Python VS Ruby: Aspects Of Market Usage

If I talk only about the popularity of these technologies that I would have to say that PHP has already won the battle. Everyone around the world knows about PHP as a programming language.

Though, looking at the figures can also help us to see the exact market composition. So let’s have a glance.

Per a survey, 84% of Python users leverage Python as their main programming language, while 16% use it as a secondary language. 79% said they specifically said that they are using it as primary and 21 as a secondary language. In 2017 Python Foundation Conducted a survey concluding Python as the main language increased by 5%. At the same time, Python was released in 1991. Moreover, Google’s search engine and YouTube have been developed using Python.

PHP VS Python VS Ruby: Purpose

If we consider PHP usage, its 7th version only has usage of 48.2% of websites. Presently, it has been leveraged in more than 79.0% of websites of the world. At the same time, PHP was released in 1995.

Ruby on Rails is another popular language released in  1995 with  1,532,730 websites available around the world. Twitter and Hulu are one of the biggest users of Ruby on Rails.

From these statistics, it is clear that each of these languages has its own market position. Though, PHP is the winner with humongous website usage.

Also Read  Why should you opt for WordPress to develop a website?

This web app framework gives ROR developers a structure for the various code they write. ROR is known for simplifying repetitive tasks and making them easier to do. If you want to develop a highly scalable web app, here are some tips for hiring Ruby on Rules developers who can develop strong and interactive websites and web apps for your business.

PHP VS Python VS Ruby: Usability

Usability is a critical factor to consider when choosing a language to use. Assuming that there is a connection between web interfaces between servers and users, a useful language is very important to develop strong, powerful, and high-performance applications.

PHP is a very well-documented language with a very classical approach, although Python follows its very strict guidelines for indentation, but with the easiest ability to read code.

According to most programmers, Ruby code is very powerful, with a lot of use-abilities, which may be because it is at least based on the principle of surprise, which makes it less confusing for customers.

PHP VS Python VS Ruby: Performance

Determines accountability, scalability, security, speed, etc. Demonstration of any programming language or framework. If we talk about scalability, then there are Python rules in this section. Due to the simple syntax, highly scalable and complex websites and web apps can be built. You can hire Python developers from the best web development company who are experienced in creating robust, highly scalable websites and applications for your business.

However, if we consider Ruby’s speed, Ruby and PHP are above Python because Python code executes online. This makes the execution process sluggish. In addition, websites and web apps developed using Python require a lot of space.

For security, websites and web apps developed in PHP are not as secure as those developed using Python and Ruby on Rails.

PHP VS Python VS Ruby: Ease Of Learning

If we talk about a highly scalable and suitable application for developing efficient websites and applications. Then, indeed PHP is an undeniable winner. These days PHP development services are greatly sought-after as it allows easy development of an interactive interface using a server-side scripting language.

Seeing its advantages, It is clear that it is very much capable of developing scalable and efficient software solutions for business usage.

Let’s talk about learning the Python basics then; it is another easiest language to learn among the three. Its simple syntax is the reason for its ease. It is easy to memorize and write code in Python for developers. While a website or web app created using Python needs to code less in comparison to others.

While Ruby on Rails learning can be difficult at the beginner level and for fledgling ROR developers, it might be difficult to create an application from scratch. 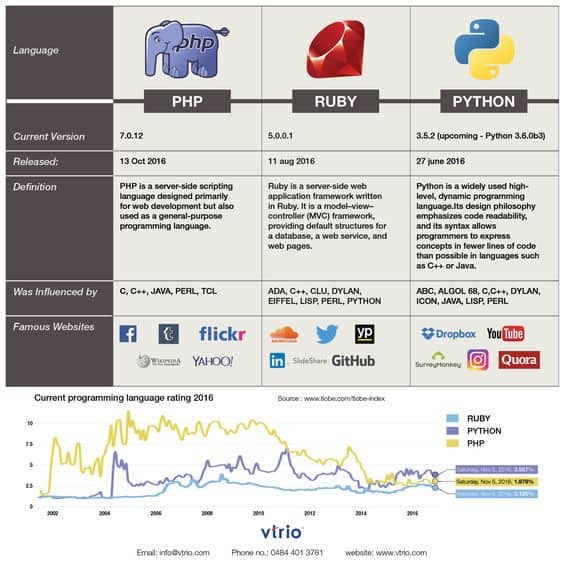 Whether it is Python VS Ruby or Ruby VS PHP, there is a huge difference in the number of job opportunities and payment systems. If we analyze on the basis of the job posting, the programming languages have their own importance.

While Ruby on Rails takes up the third position in the list with 4% of job postings, in contrast, Ruby on Rails developers get a greater salary than Python and PHP developers but have to fight great competition.

PHP VS Python VS Ruby: Development

Continuous development and updates are important to ensure that the programming language adapts to current trends, is relevant, and resolves some issues facing developers to ensure development.

New editions come with more evolutionary functions suited to a rapidly changing digital world. It is really hard to say which of the three languages gets the fastest updates, but from the research and facts I got a review, PHP and Python seem to develop and update much faster than Ruby on Rails.

In terms of support, we also consider peer support, co-developers, and programmers. As a result, a new feature comes into play, with how easy it is to find discussion forums to resolve issues. Which programming language is most commonly discussed between PHP VS Ruby-on-Rails and Python? According to the data, Python has extensive discussion coverage. It is very helpful in increasing support in a way which is important in web development.

Which One To Choose?

It is hard to tell which one you should choose, and each programming language has an individual set of perks and cons that we have to see in the below representation.

It completely depends on the type of your project and desired functionalities. So, if your project is a simple website development and doesn’t require handling too much data, then PHP is the best choice. But if your application requires you to handle a huge bunch of active users every second and humongous data, then you must go with Python or Ruby on Rails.

From the above, it is clear that each of these programming languages has its own perks, all you need to decide which can be best for your project. Whether you hire Python developers or a PHP developer, your application must be seamless and smooth. So, pick wisely.

Important Healthy Habits for Truck Drivers on the Road

What Makes a Business Logo Memorable? 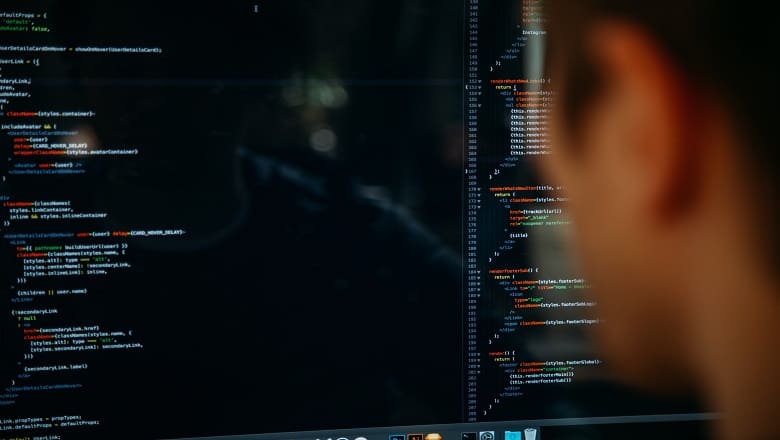 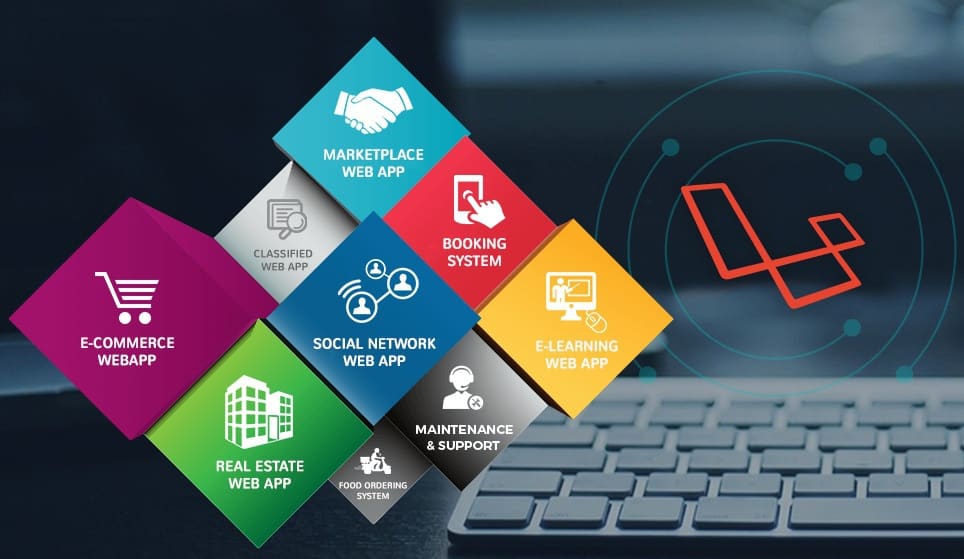 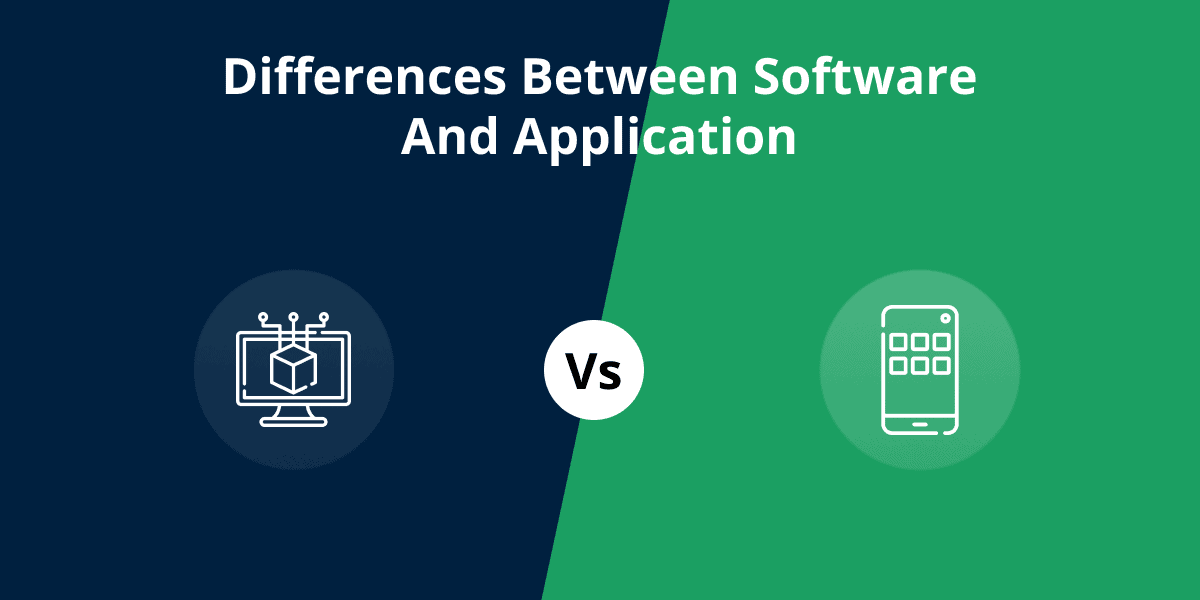 Differences Between Software And Application

What Are the Benefits of PSD to WordPress Conversion?