Selenium testing has long dominated the rings of QA testing and automation. It has all been in good spirits, as the open-source testing framework provides both testers and developers a plethora of options to work on web applications, at their own pace. But, Selenium isn’t alone in the long run.

The entry of Cypress.io has taken the developers and testing community by storm. The newest platform (tool) is pure magic by the wand and is attracting all the attention it deserves. When it comes to competing with Selenium, Cypress is fast, reliable, and interactive. The third quality even makes it a fun web testing tool for testers and developers.

But, it is a common question amongst all developers and testes, whether Cypress is the best alternative to Selenium WebDriver? If it is, why so? In what ways does it take the lead here? And is it built to replace Selenium? There’s so much happening around the testing world, and the questions are endless.

As you compare the two tools, it becomes quite obvious that even though both of these tools have a lot in common, there are also a few distinguishing features that allow each of these tools to rule their territory. It can also be said that these tools, individually, are exclusive hands-on to a few functionalities like automating the web browser, scripting functional tests, and verifying results. Let’s have a closer look at these two tools and understand them better.

It is a fully JavaScript-based front-end testing tool. It is built for the modern web and aims at addressing the pain points of developers and QA testers. It is a more developer-friendly tool and uses a unique DOM manipulation technique that allows the web browser to read HTML and XML documents, and thus it operates directly in the browser. According to the developers, Cypress is both fundamentally and architecturally different than Selenium. The Cypress architecture is both improved and enhanced. It goes by the ability to perform Test-Driven Development (TDD), with complete end-to-end testing, and is developed with the intent to make development and testing a parallel process. 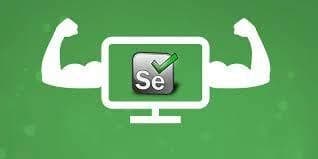 It is a popular test automation tool that helps automate web-browsers. Selenium is open-source and has remained a leading choice for testers for over a decade now. It allows QAs to automate test cases for a browser of their choice by using its diverse Selenium WebDriver library, all this along with a language-specific framework. Developers and QAs also have the flexibility to choose the programming language of their choice. Selenium developers have developed language bindings for several languages like Ruby, Python, Java, and more. The Selenium WebDriver uses JSON wire protocol for executing test cases, and involves three main steps:

With insights to a detailed study of the comparative features of both of these frameworks, let us now have a look at their overall flexibility, usability, scenarios around which these frameworks best work, and understand which one is eventually the better one. Let’s begin by comparing the basic factors.

In terms of flexibility Selenium way too further suppresses Cypress. With its broad range of options from supporting multiple programming languages to the different browsers it works across. The firm hold of Selenium is way better than what Cypress currently offers.

The ease of scripting test scenarios with Cypress and Selenium, irrespective of whether you want to work in a specific coding language (JavaScript only), or make use of other languages the former is limited to just JS, while the latter offers variety.

Similar is the case with the browsers that are supported by both frameworks, Selenium as stated already offers more depth currently.

When it comes to offering choices to its users, Selenium is far wider than Cypress. With Cypress not just the language is limited, but also the entire testing framework sees a lag. Cypress just allows the Mocha testing framework to write the test cases. You can get a better understanding of Mocha by knowing that the role of Mocha in JavaScript is fairly comparable to NUnit in C# or Junit in Java. But, it isn’t the only testing framework available to JavaScript users. As Cypress offers a specific testing framework support, it rules out any possibility of Jest or Tape for frontend developers who intend to work with this tool.

On the other hand, Selenium WebDriver imposes no such limitations on its users and doesn’t even need a testing framework when automating testing with Selenium. The testing practices in Selenium are fairly simple. Developers can simply run tests by writing a program that in turn drives the browser. A similar approach is also extensively used to gather information or crawling web pages.

Both Selenium and Cypress are open-source frameworks and have active online support communities. Although Selenium has been around for a longer time, the Cypress community has substantially grown to match it with the buzz.

It is arguable that when it comes to supporting, Cypress is arguably better at the job. The platform provides a simpler framework with easy troubleshooting and development. This quite seems feasible with its single language and limited browser approach. However, in near future, Cypress will need to enhance its capabilities to match its counterpart.

The Selenium longevity is unmatched by Cypress yet, it is so well established that they hold annual conferences, and are proactively on to the mission. Thus, on the support front, it is a fair matchup. This happens for the simple reason, as stated that the Selenium grid is more complex than Cypress and thus Cypress finds it easy to extend support to its developer’s community.

Cypress is often tagged as a faster alternative when compared to Selenium. One reason for this is its built-in mocking functionality that plays a vital role in delivering the elements of speed. Cypress is indeed focused on the needs of its developer community and also realizes that backend is often redundant to frontend developers most of the time. In its place, they work with mock XML HTTP requests that feed browsers with desired URLs for speeding up the testing needs, as discussed above.

Now, to make this approach more seamless and faster, Cypress offers a built-in server mocking functionality. While it is also possible to mock server responses with Selenium WebDriver, the process there is a bit more elaborated. A built-in server mocking feature is easier and more efficient as to mock a server accurately with Selenium a tester needs to run a mock server that returns the right response with precision – which sometimes can be challenging to achieve.

Although Selenium is more flexible, and but Cypress remains easier to use. There isn’t much to argue on this, Selenium is complex and sometimes unmanageable, while the Cypress design is simple and user-friendly.

One reason for this is that Cypress was designed with front-end developers in mind, and that imposes some restrictions on its capabilities. The results are however worth it. Even more, it’s incredibly easy to set up, manage and troubleshoot.

One reason why Cypress sees such massive acceptance is Selenium itself. From the user experience of a lengthy and complex setup process to something that supports plugins and applications, the migration has been fairly easy and convenient.

Conclusion: Which one should I use?

Both Cypress and Selenium are one of the same kind, and yet different. Even though both of these tools are designed to automate testing for web browsers, they, however, differ in their purpose, approach, user base, architecture, and resource capabilities. Not to forget that Cypress is an entirely new entrant that’s just seeing the light of the day and exploring the many possibilities that it can scale. While Selenium is an established tool in the world of automation testing.

With that explained, it is the developer’s choice which one they feel best suits their requirements and resources. Considering you’re a frontend developer with an expert-level command in JavaScript, Cypress will be the way ahead. But, just in case you’re looking for something that can automate your test environments across a cross-section of OS and browsers, varying as per your user’s and geography then Selenium is should be your preferred choice of testing.

Just in case you’re looking out for a fast, reliable, and cost-effective way to complete your testing needs, then LambdaTest Automation helps you with both Selenium testing and Cypress testing. The LambdaTest platform is trusted by 500k developers around the world and remains a one-stop testing destination wherein you can automate testing on across 2000+ mobile and desktop browsers on the Selenium grid, or perform end-to-end Cypress testing over the cloud on a robust infrastructure of 40+ browsers.

Tips For Starting Your Own Online Store

Encouraging Your Relative to Move to a Retirement Community: The Benefits