You have just got in time. Mobile applications are about to break their record of popularity. With Covid-19, we have seen some unexpected escalation in tech adaptation. Businesses are more than ever willing to make investments in creating their digital presence. And there is no better way than having a mobile application to reach your niche customers. It doesn’t matter if you have learned the easy way or hard way, it is crucial to gather as much knowledge about leading technologies and development practices as much as you can.

Both native and cross-app development have their share of pros and cons. Depending on your requirements, business goals, objectives, budget etc. you must come to a decision. When it comes to applications, everything is essential. Right from time to market to app complexity, you cannot leave any stone unturned.

Cross-platform app development allows developers to make changes or update the applications very quickly. They have to make the change one time, and it will be synced across all the devices, regardless of the platform.

The biggest advantages of cross-platform app development are that you don’t have to hire a different team of developers for iOS and Android apps. It reduces the development cost approximately to half and allows you to reach your business goals cost-effectively.

Native application development for multiple platforms can take a lot of time. Thus, you can go for cross-platform app development, which allows developers to develop applications using single code for different platforms. It cuts down the time for development significantly.

When you are going for native app development, you would have to dig for specific languages. But with the cross, you won’t face that problem as it becomes easy to find experienced and proficient developers in widely used technologies such as JavaScript, CSS, HTML, etc.

The part that you have been waiting for, here we have mentioned some unique features of both the technologies after which we will go into comparison.

Flutter is an open-source technology of Google that was founded in 2017. It is relatively new, but that has not stopped developers to leverage it in making Android and iOS apps with a single codebase. It is an object-oriented programming language and is based on Dart. Experts highly recommend using Flutter for minimum viable product development. From a rendering engine to ready-made widgets, command-line tools, testing and integration API’s it has everything you need to build a great cross-platform application.

PhoneGap is Cordova with additional Adobe features. It is an open-source framework, but some features of PhoneGap require you to pay. You can easily find an expert PhoneGap developer as it uses HTML, CSS and JavaScript, which are very common web technologies. Just like Flutter, it is too used for creating MVPs and simple projects with small budgets. It is one of the most reliable cross platforms. It is widely used for developing apps for Android, iOS, WebOS and other platforms.

Flutter Vs PhoneGap: What should you use in 2021?

Technology has evolved fast, and the arrival of hybrid cross-platform technologies has reduced the popularity of PhoneGap. Presently, PhoneGap is a tool that is more suitable for developing cross-platform mobile apps.

Meanwhile, Flutter is very much similar to react native and the components of flutter support iOS platform. This quality makes it very favourable for iOS, but when it comes to using it for creating apps for other platforms, you would need to make some changes.

PhoneGap uses Cordova to run JavaScript, and this makes it a medium performer. The use of web technologies as much as it is helpful can also negatively impact the app’s performance.

PhoneGap has improved its UI libraries by using HTML, CSS and Cordova. It has helped PhoneGap developers to create web pages and mobile apps that have a better user interface.

When it comes to UI, nothing beats Flutter. It provides the best UI for the apps developed under its framework.

PhoneGap has strong community support, and this gives it a major benefit over Flutter. Flutter is very young, and it would take some time to become a popular tool in the mobile app development world.

PhoneGap uses HTML, CSS and JavaScript for developing cross-platform apps. It is used for developing apps for all the popular mobile OS such as Android, iOS, Windows and more.

Flutter has some factors which make it a superior choice for cross-platform app development. But it is very new and having small community support is an unignorable disadvantage. Furthermore, it isn’t easy to find expert developers for Flutter development, but you can easily find experienced PhoneGap developers. Down the line, not many developers would be willing to learn Dart and PhoneGap allows developers to use web technologies to develop applications for all the popular platforms. In the end, it all comes down to your project needs to decide what would be a better framework for your app. 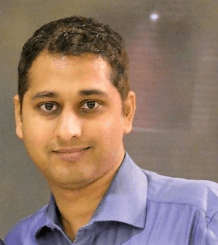 Hermit Chawla is a MD at AIS Technolabs which is  Web Design and Web development Company, helping global businesses to grow. He love to share his thoughts on hire a react developer.

Could VR and AR Have A Major Role In The Future of Online Learning?